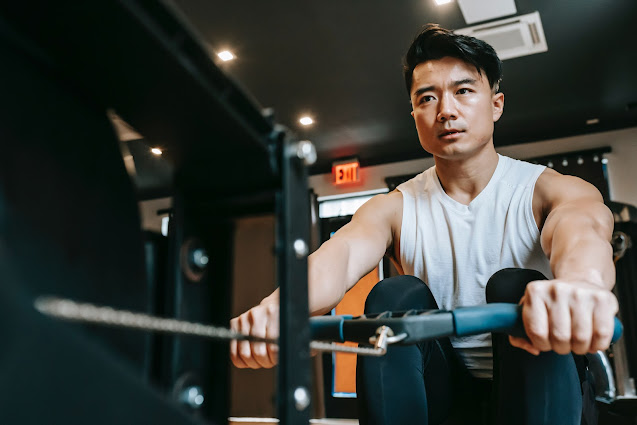 Peloton brightened up a bleak week by teasing the next major addition to its home exercise offerings. The connected fitness brand confirmed the upcoming release of a home rowing machine in a blink-and-you'll-miss-it moment. Aside from a brief glimpse and a "coming soon" graphic, that appears to be all we'll get for the time being.

The rower appears to be aesthetically consistent with the company's existing bikes and treadmills based on the quick shots. It appears to be a black-and-white sit-down machine with a standard resistance cable and a large display for viewing Peloton's fitness courses.

As part of its two-day "Member Event," the system was briefly unveiled. According to the company, "Peloton will bring its best-in-class fitness experience to the world of rowing!" Combining cardio and strength — Peloton is thrilled to add this total body workout to its content arsenal."

The product has been rumored since last year, though it appears that the company's ongoing financial difficulties stymied an earlier release. On a recent investor call, new CEO Barry McCarthy detailed the company's current inventory issues, noting:

Inventory management has been a balance sheet challenge. We have too much inventory for the current run rate of the business, and that inventory has consumed an enormous amount of cash, far more than we anticipated, forcing us to reconsider our capital structure (more on this in a moment). Fortunately, the risk of obsolescence is low, and we believe the inventory will eventually sell, so this is primarily a cash flow timing issue rather than a structural issue.

For a company struggling to move old stock, launching an entirely new product line is a risky move. Aside from financial concerns, the Peloton brand remains strong in this category, and the addition of a much-desired piece of hardware could certainly drive adoption.

After fitness bikes and treadmills, rowing machines have become an increasingly popular third option for full-body workouts. Companies such as Hydrow and Ergatta have been vying to fill a large portion of the home fitness enthusiast market that Peloton has thus far ignored.

Peloton also announced a slew of new features, including Invite Friends, which allows users to schedule collaborative workouts within the app. Meanwhile, Just Workout allows users to track non-Peloton running, cycling, and walking in the app, allowing them to add up their outdoor excursions. According to the company, Just Workout was "consistently a top requested feature."