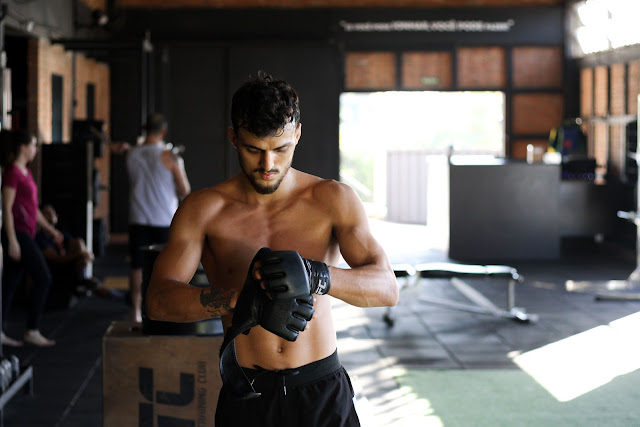 What's the Difference Between MMA and Kickboxing?

While kickboxing has lost ground to MMA in terms of popularity, it remains a very relevant and entertaining combat sport with several academies teaching it across the world.

Choosing a "superior" martial art is very hard due to the subjective nature of many factors. Furthermore, each person is unique, and the most crucial aspect in determining which is best is their goals.

Kickboxing is a martial art that combines punches and kicks. MMA, which includes kickboxing, is a blend of numerous martial arts from the striking, wrestling, and grappling domains.

When it comes to deciding what to train for, your motives are crucial. Nonetheless, we will assist you in this essay by highlighting the key differences between MMA and kickboxing.

What Exactly Is Kickboxing?

Punches and kicks are employed in kickboxing, which is a stand-up fighting sport. Many martial systems combine these elements, but kickboxing is a Japanese sport. The fatal effectiveness of western boxing and Muay Thai was recognized by karate practitioners in the 1960s.

Still, they wanted to maintain the spirit of karate, so they combined the three, giving birth to kickboxing.

The similarities between the roots of modern MMA and kickboxing may surprise you. They gained a lot of popularity by answering the age-old question of which martial art is the best.

K1 was the organization that made kickboxing famous around the world. In the 1990s, their formula was quite similar to the UFC's, although it was limited to striking martial arts.

However, K1 brought together karatekas, Muay Thai fighters, boxers, taekwondo practitioners, Dutch kickboxers, and other specialists under a single set of rules. Each was fighting for the honor of the martial art they were representing.

What Exactly Is MMA?

Mixed martial arts is abbreviated as MMA. Striking, wrestling, and grappling are all components of unarmed combat in a combat sport. While MMA incorporates techniques and approaches from a variety of martial arts, each move must be adjusted for cage combat.

MMA is the fighting sport that comes closest to a real-life fight. Even so, there are numerous laws in place to safeguard the fighters and ensure the competition's sportsmanship.

It's difficult to trace MMA's origins. However, we may reasonably assume that Pankration, an ancient Greek sport, is MMA's forefather. In 648 BCE, Pankration was included to the ancient Olympics, and it was described as a mix of boxing and wrestling with kicks and submissions.

Mixed martial arts (MMA) is an abbreviation. Striking, wrestling, and grappling are examples of unarmed combat sports. While MMA incorporates techniques and approaches from a variety of martial arts, each move must be adjusted for cage combat.

MMA is the most realistic combat sport. Despite this, there are a slew of laws in place to safeguard the fighters and maintain the competition's sportsmanship.

It's difficult to trace MMA's beginnings. However, we can reasonably argue that Pankration, an ancient Greek sport, is the forefather of mixed martial arts. Pankration, a combination of boxing and wrestling with kicks and submissions, was included to the ancient Olympics in 648 BCE.

As we begin our technical comparison of kickboxing and MMA, I should clarify that I am familiar with the K1 type of kickboxing. Point fighting, minimal contact, and American kickboxing are some of the other variations (no low kicks).

Regardless, all comparisons will be performed using the most widely utilized version in K1, Glory, One FC, and other similar but smaller organizations.

Kickboxing is a sport that focuses on producing fast-paced, action-packed stand-up fights. Punches and kicks with the cushioned part of the gloves are permitted. Knees are also allowed, but not elbows.

Clinching is usually strictly controlled, even more so than in boxing. A combatant may only clinch for a maximum of 5 seconds before attacking, but judges usually separate clinches even sooner.

Throws, sweeps, and dumps are all forbidden and may result in a penalty if used excessively.

The battles are brief, with three three-minute rounds and five three-minute rounds for championship bouts. Because the short combat period leaves little time for the feeling up process, bouts frequently start quickly and never slow down until the end, especially at higher levels.

MMA, on the other hand, has the most permissive rules. While biting, eye-gouging, and other dirty tricks are severely prohibited, practically all strikes are permitted, with the exception of head butts.

Of course, the crotch and back of the skull are off-limits, as in any other sensible combat sport.

Kickboxing combines kicks with boxing, as the name implies. Many striking styles can be used efficiently, as experts in karate, taekwondo, Muay Thai, and other striking martial arts have demonstrated in the ring.

Straights, hooks, uppercuts, overhands, and hybrid punches are all borrowed from boxing. The kicks differ slightly based on the fighter's base.

Apart from the traditional roundhouses and front kicks, the regulations allow for all kinds of kicks, so you might see an axe kick, rolling thunder, or spinning kick to the thigh. Kickboxing, as previously said, attempts to develop fast-paced, explosive stand-up fighting.

Clinching, throws, and dumps, which are common in Muay Thai and sambo, are not allowed in kickboxing since they are considered slowing tactics.

Mixed martial arts does exactly what its name implies: it combines several martial techniques, such as kickboxing. Close-quarter fighting, such as clinching and grappling, is still included.

Punches of all kinds, elbows, and even shoulder and forearm strikes are all used in stand-up methods. The same rules apply to kicks. You can utilize whatever you can land on a viable target.

Punches to a grounded opponent are allowed, but head kicks are not. When you get down to earth, the pool of techniques accessible becomes much larger.

In MMA, a submission is one of the legitimate ways to win. There are numerous techniques to force your opponent to quit up. Joint locks, cranks, chokeholds, and other tactics to inflict intolerable pressure on the body fall under this category.

Kickboxers usually keep their front leg higher and lighter. The main reason for this is that the front leg is frequently targeted, and lifting it for a check is easier with less weight on it.

This is most noticeable in Muay Thai, as many fighters put practically all of their weight on their back leg while neutral. The kickboxing stance has the lead leg's toes pointed forward for the same purpose as checking kicks.

Depending on their physical characteristics and preferred combat style, many kickboxers prefer different stances.

The huge diversity of methods allowed in MMA amplifies this propensity several times. However, due of the continual threat of a takedown, if we had to reduce it down to an uniform MMA stance, it is always lower and wider than in kickboxing.

You can sprawl and resist a takedown much faster if you keep your weight down to the ground.

For self-defense, MMA vs. Kickboxing

Still, when compared to other combat sports, MMA's wide range of tactics and realistic training, paired with the sport's competitive nature, makes it the apparent winner.

Kickboxing will help you on the street as well. Kickboxers can punch and kick as well as anyone else. Regular sparring and rigorous training will strengthen the body and mind, preparing them for combat.

However, the rules that make it such a thrilling sport also make it insufficient for self-defense. When you watch numerous films of real-life fights, you'll notice that they frequently end up on the ground or in a clinch. And these are areas where you will have no talents in pure kickboxing.

Which Should You Choose: MMA or Kickboxing?

Personal goals and motivations are the most important factors to consider while choose which martial art to practice. You have mountains of improvements ahead of you regardless of your chosen martial arts, given that the gym is respectable and, most importantly, the trainers are honest people with ethics.

Consider what you love most while choosing between kickboxing and MMA. Kickboxing is for you if you are a striker at heart. If you're a wrestler interested in learning to strike, MMA is the logical choice.

If you ask me, having at least basic wrestling and grappling skills is an excellent idea for your confidence and for self-defense. If grappling bores you, you can focus on kickboxing while still sparring on occasion.

You can also become a submission wizard by putting on a pair of boxing gloves and knowing you can manage yourself on your feet.

If you want to be a professional fighter, MMA is currently the most popular and well-paid sport. Kickboxing is still popular in Europe and Asia, but it is nearly extinct in the United States. MMA, on the other hand, is the fastest-growing sport in the world, with athletes becoming global celebrities. 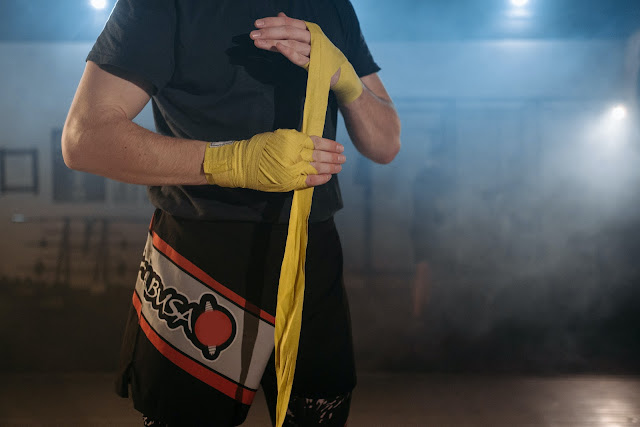 Is kickboxing or MMA simpler to learn? Because MMA is a blend of multiple combat disciplines, Kickboxing is easier to master than MMA. To "master" MMA, one must understand about five different combat techniques, whereas kickboxing is only one.

Which is more secure? Kickboxing or MMA?

According to studies, mixed martial arts (MMA) is statistically safer than boxing. Researchers from the University of Alberta's Sather Sports Medicine Clinic conducted one of the most significant studies referenced.

Is self-defense superior in boxing or MMA?

Which is better for self-defense: MMA or Boxing? Both MMA and Boxing are great skillsets to know when it comes to self-defense and numerous real-life circumstances. Because boxing focuses on spacing, timing, and reading your opponent for the use of your hands, it can be used to prepare for most standup situations.

Is kickboxing used by UFC fighters?

In order to compete in the UFC, MMA competitors must be skilled in both striking and grappling. Some of the best martial arts to use as a striking base include Muay Thai, Taekwondo, karate, boxing, and kickboxing.

Is jiu-jitsu a superior sport to kickboxing?

When it comes to self-defense, both have pros and cons, but Kickboxing is likely to save you from more attacks than BJJ. That isn't to say that Jiu-Jitsu isn't useful for self-defense.

Would a kickboxer triumph against a boxer?

Punches and kicks are permitted in kickboxing. The question of which style will triumph has been asked many times and realistically answered many times. As a result of its greater diversity of techniques, kickboxing defeats boxing in a one-on-one bout.

Will kickboxing come in handy in a street brawl?

Every martial art has its own set of benefits and drawbacks, yet it will still defeat practically any streetfighter or assailant with no prior combat experience. Kickboxing is no exception. Although it has benefits and drawbacks in a street battle, it will provide you with an invaluable technique for self-defense.

According to recent research from the University of Alberta, mixed martial arts has a reputation for being one of the most brutal and bloody of all contact sports, but boxing actually has a higher chance of serious injury.