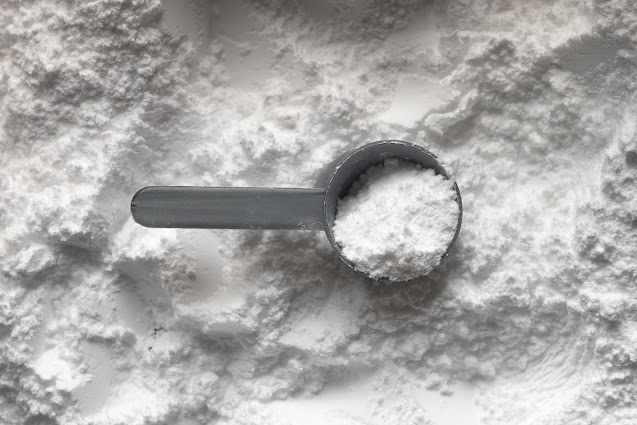 Is it Possible to Combine Creatine with BCAAs?

A range of amino acids, as well as diverse types of creatine, are frequently found in the same supplement. Should you, however, mix them?

What Are BCAAs and How Do You Use Them?

BCAAs are commonly utilized by bodybuilders and fitness enthusiasts, yet many people are unfamiliar with the abbreviation.

BCAAs, or branched chain amino acids, are a popular sports nutrition supplement that are commonly used pre- or intra-workout, and are especially beneficial for increasing lean muscle mass while reducing body fat. BCAAs are available as a solo supplement or as part of a supplement blend.

L-leucine, l-isoleucine, and l-valine are three of the nine necessary amino acids found in a BCAA supplement. Their primary function is to increase protein synthesis while also providing energy to your muscles and preserving lean mass. One of the most common applications of BCAAs is to help you lose weight by burning fat instead of breaking down your hard-earned muscles while you're on a low-calorie diet.

BCAAs have also been shown to limit the quantity of serotonin produced by your body, which means you will not be as fatigued while exercising, allowing you to work harder for longer.

BCAAs can also help your body age gracefully. Your body doesn't create muscle as well as it used to once you reach your mid-thirties, and BCAAs can assist. It's been demonstrated that the amino acid leucine boosts muscle protein synthesis by 145 percent.

When you have a strenuous workout, BCAA supplementation can be utilized up to four times a day, and it can be taken before, during, and after your workout.

What Is Creatine And How Do I Use It?

Creatine is promoted to a similar demographic, namely bodybuilders and athletes who participate in sports or activities that need short bursts of high energy.

Glycine, arginine, and methionine are the three amino acids that make up this protein. It is, in essence, a method of providing you with energy reserves. Creatine is stored as phosphocreatine in muscular tissue. Phosphocreatine is produced during high-intensity exercises, such as weightlifting, to offer extra energy to your muscles. Creatine accelerates the natural production of adenosine triphosphate in your body (ATP). ATP is quickly depleted and used up during high-intensity exercise.

You can boost your ability to store more creatine by taking a creatine supplement, which means you can make more ATP during exercise. This is where creatine, as a source of additional energy, comes in handy. It is quickly depleted, thus it is best suited to exercises that need short bursts of energy, such as weight lifting and sprinting.

Creatine comes in a variety of forms, but they all perform the same objective — albeit at differing rates of absorption. Monohydrate is a staple of many weightlifters' diets. For monohydrate, a one-week loading phase of 20 grams per day is recommended, followed by six weeks of five grams per day, followed by a month of no creatine.

Is it Possible to Combine Creatine with BCAAs?

You're undoubtedly starting to see the similarities between BCAAs and creatine, but can you combine the two?

Yes, it is correct. Several studies have demonstrated that combining the two vitamins has no negative health impacts, and many professional athletes and personal trainers recommend doing so. In reality, many supplements include BCAAs and creatine, particularly pre-workout supplements (which we'll discuss next).

You can alter the ratio (with medical supervision) and avoid any additional added supplements that commonly come in blends, such as caffeine and added carbs, by taking each as an individual supplement rather than as part of a pre-measured blend.

The combination of power and endurance, as well as the fact that their properties complement one another: creatine for strength and reserves to push further, and BCAAs for muscular energy, is the most commonly sought benefit of combining the two. Creatine is best taken before a workout (some recommend 30 minutes), however BCAAs can even be utilized during a workout.

Depending on your objectives, you can combine the two or take them independently. BCAAs are frequently suggested as a pre-workout supplement, but they can also help you nourish your muscles while you're working out. They're less expensive than other supplements and don't include any additives.

Creatine, on the other hand, is taken in cycles over a longer period of time with the goal of saturating your muscles with the substance so you can do more reps and go further. As a result, it's best used as a pre-workout supplement. It's not just about mass, either; both can be used to help you grow lean muscle mass while reducing body fat.

Is it possible to combine creatine and BCAA?

Is it possible to take BCAAs and Creatine at the same time? Yes, BCAAs and creatine can be used together as part of a potent stack to help you achieve your goals. BCAAs can aid muscle repair and inhibit muscle protein breakdown. Creatine, on the other hand, can help you gain muscular mass and strength.

Should I supplement with BCAAs or creatine?

Your fitness goals, as well as your nutrition, will determine whether BCAAs or creatine is preferable. If your workouts are focused on endurance, BCAAs may be more beneficial. Creatine may be a better alternative if your workouts are high-intensity or high-power.

Can you take BCAAs, creatine, and pre-workout at the same time?

Creatine is best taken before a workout (some recommend 30 minutes), however BCAAs can even be utilized during a workout.

What should I add to my creatine stack?

Try stacking creatine with beta-alanine the next time you cycle. Both supplements are extremely affordable, and they may well be the best bang for your buck in the supplement industry. A must-try supplement stack is creatine and beta-alanine.

BCAAs, after all, have been shown to trigger muscle-building enzymes in studies. Some research suggests that BCAA supplements can help you gain muscle mass, particularly if they include a higher proportion of leucine than isoleucine and valine.

On rest days, should I take creatine?

The basic answer is that you should take creatine on days when you aren't exercising. The goal of taking creatine on non-workout days is to keep your muscle cells' creatine reserves at a high level. On your off days, it doesn't matter what time you take creatine.

What supplements should I add to my creatine regimen?

When combined with resistance exercise, both creatine and whey protein powder have been demonstrated to improve muscle mass. During high-intensity exercise, creatine improves exercise capacity. As a result, recuperation and adaptations such as increased muscle mass improve.

Is it okay if I consume BCAA on a rest day?

On Rest Days, Should You Take BCAAs? Yes, is the quick answer. BCAAs, as previously stated, play a crucial part in muscle repair and recovery, which implies that their job on off-days is to speed up muscle repair, allowing for a faster, more efficient recovery.

Should I take creatine on a daily basis or only when I work out?

Should I take creatine every day or only on days when I work out? Creatine supplementation can be beneficial on both exercise and rest days, according to research. The goal of supplementing on rest days is to raise the creatine level of your muscles.

What happens if you don't take creatine anymore?

When you stop taking creatine, it can take anything from a few weeks to a month for your body to recover to its pre-supplementation state. You may notice changes in performance while your body adjusts, such as a loss of water weight, a loss of strength, and increased exhaustion.

All of this being said, the effects of BCAAs and creatine are quite different: the former promotes muscle protein synthesis and repair, whilst the latter primarily increases work capacity by increasing fuel substrate availability.

It's only natural that the two supplements feed off each other: creatine improves work capacity, while BCAAs provide the necessary substrate for development and repair. However, there isn't much data to back up this notion. However, according to published data, mixing the two in the same supplement or separately may improve your training results while having no harmful side effects.

Unlike many other workout supplements that contain synthetic colors, tastes, chemicals, and other toxins, the whole Performance Lab collection is vegan-friendly, clean, and third-party tested for efficacy. There are no fillers, fake colors or flavors, or trash substances. It's all about pure products that deliver pure outcomes.